Karl Fitzpatrick elected as President of the Rotary Club of Wexford

Karl Fitzpatrick elected as President of the Rotary Club of Wexford 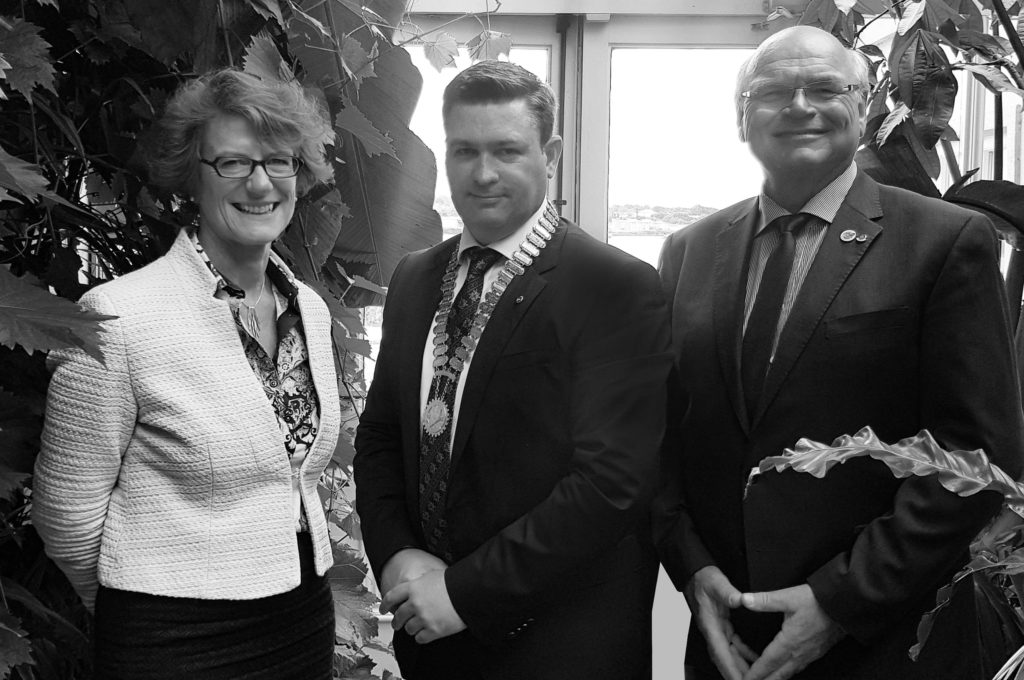 Last Monday, Karl Fitzpatrick, local entrepreneur and broadcaster, was elected as the 43rd President of the Rotary Club of Wexford.

Rotary is a service club, which provides individuals with an opportunity to make a positive difference in their community, through a number of channels, which include joining a committee, leading a service project or organising a fundraising event for a cause which they feel passionate about.

Succeeding Thomas Huelswitt in the role, Mr. Fitzpatrick has been an active Rotarian since 2013 and has chaired the organisation’s Next Generation projects, a role for which he received the coveted Paul Harris Fellowship Award.

After reflecting on how honoured and privileged he felt to assume the role of President, Mr. Fitzpatrick went on to state “You make your living from what you get, but you make your life from what you give”. He also outlined his objectives for the Presidency, placing significant emphasis on promoting the altruistic work undertaken by the Club with a view to attracting new members and establishing new Interact and Roteract clubs in Wexford.

“The global motto for Rotary is ‘Service before Self’ and as result, the international organisation has been instrumental in delivering countless community based initiatives to people of all ages and backgrounds throughout the world.  Therefore, I feel that it is imperative for the Rotary Club of Wexford to reach out to new members who can contribute to the invaluable work which is completed by our Club”, said Mr. Fitzpatrick

Solicitor Helen Doyle, was also elected as the Club’s Vice-President for the 2019/2020 Rotary year at the weekly meeting, which was held in the Riverbank House Hotel.